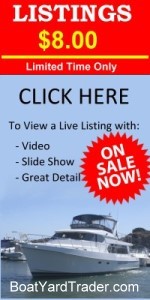 I wanted to reach out and share a little private personal information now that I'm on the other side of the event.

I started this company based on personal health issues I've experienced and fortunately, I was able to not only create a way to help myself but thousands of others which is a fantastic feeling.

Over the past two years, I've been nursing a condition that I knew eventually would lead to surgery. In November 2014 I had my right hip replaced because of bone deterioration and loss over time. That surgery was a raging success!

But only a few years later I began to experience the same symptoms with my left hip. I decided to wait it out and manage with medication as long as I could. 2017 was a particularly hard year due to the advanced stage and phase of bone loss in my left hip. I became increasingly less energetic, tired, and less focused.

By the beginning of November 2017 I was beginning to spend more time in bed and less time anywhere else due to the excruciating pain. And once Thanksgiving arrived I was becoming "bedridden."

We decided surgery was an absolute necessity to reverse my declining health and scheduled to meet with an Orthopedic Surgeon after the New Year. He was amazed I had endured as much bone loss as I had for so long... We scheduled left hip replacement on 2/13/18.

The surgery went very well, the doctor too about twice as long due to the sizeable amount of extra work to complete the procedure.

I'm walking with a cane, slowly but it's a huge improvement. I appreciate all of you who know me that have reached out with your thoughts and prayers.

I'm on the comeback and look forward to helping all of you as best I can from this point forward!